is diverse and connected: Afrobeat, latin, roots reggae, jazz, hip hop, funk, rare groove, tropical, soul and ska. From the soundsystem culture of Jamaica to the block parties of New York City, it’s all about the music. No dress code, just real DJs with stacks of vinyl to cut the night around you. Listen here.

No commercial music, no auto tune, no homophobic or racist artists; strictly good vibes. Everyone is welcome at our nights, from 18 to 80; Karawane sessions are a safe space for everyone to get loose. We welcome and encourage people to bring percussion to the night and get involved!

From outdoor soundystem parties deep in the forest, to pop up parties in bothies or something to add a little spice to your venue, we invite you to join the Karawane and come together. We also have a live show on North Highland Radio every Thursday 6-8pm GMT. Click here to see our upcoming events.

Each have more than 20 years experience in playing music all over the world. Reading the dancefloor is a skill that takes time , and you won’t hear any iffy mixing and jarring floor-clearers at one of our nights. We came together and stay together as friends through music and skateboarding! 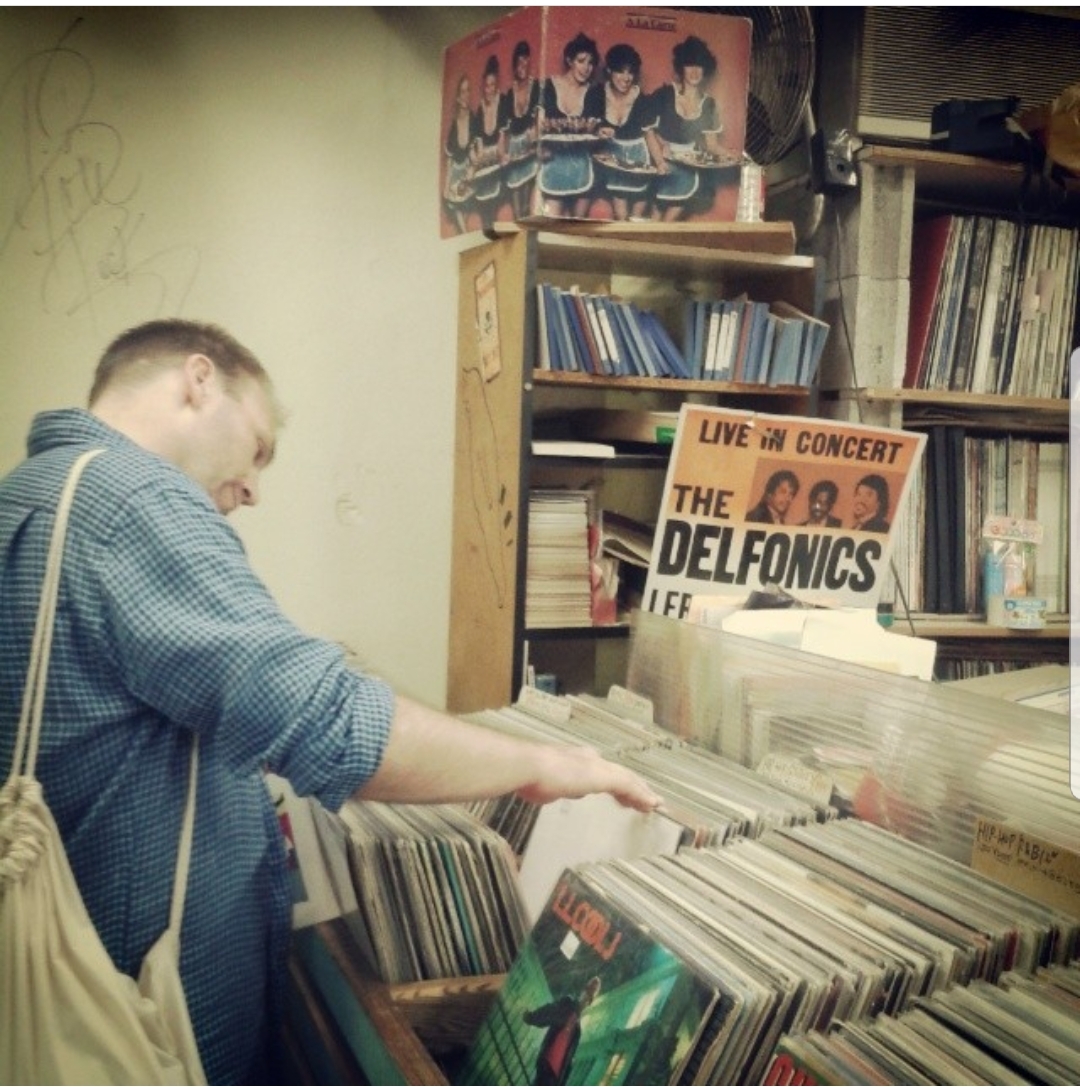 Mark has just returned to his native Scotland after 20 years away, and Karawane is the product of his restless soul. Living and travelling in Central and South America, as well as 10 years in Barcelona have left a lasting impression on his music. He grew up on the likes of Tribe called Quest and Gangstarr, then started to dig for the samples that made those songs, moving through funk and soul.  Edinburgh’s own Messenger sound system was a massive influence, and Mark spent many years playing conscious reggae and afrobeat on the Barcelona scene. When South America opened him up to salsa dura and colombian cumbia, he became the diverse DJ he is today; playing the unexpected, and meshing a wild variety of sounds together for the dancefloor. 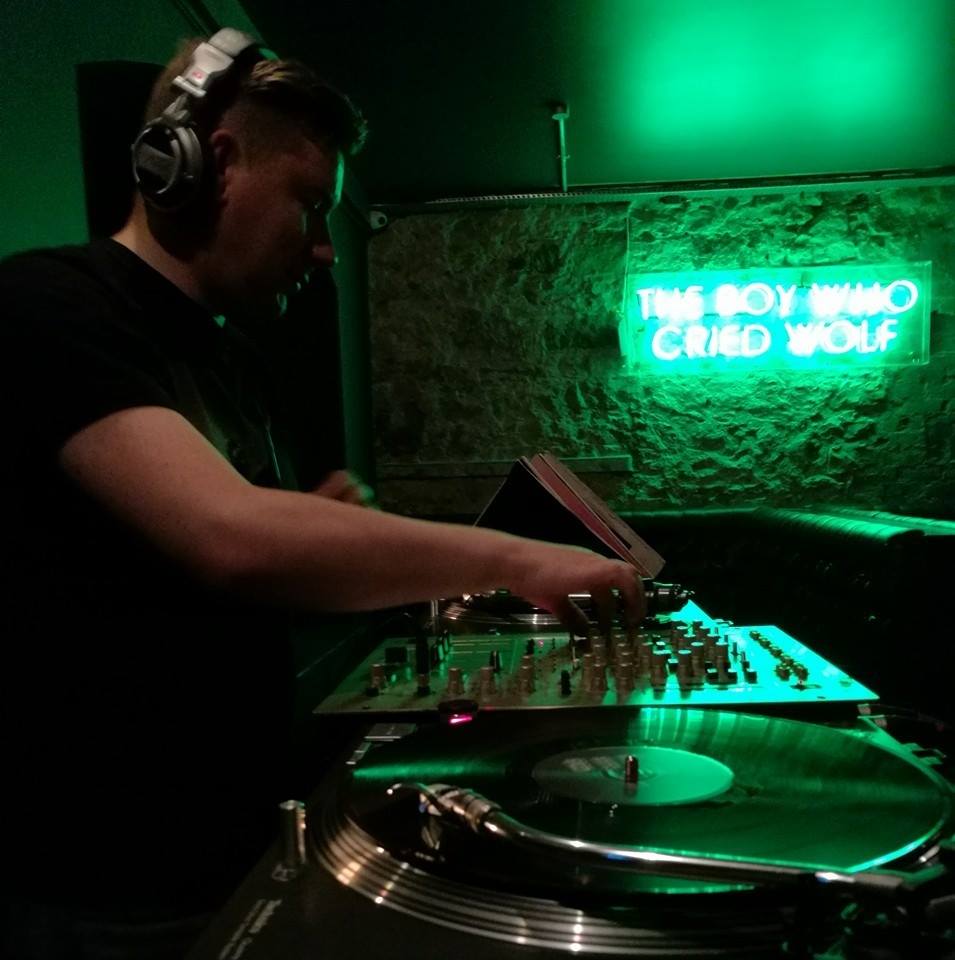 DJ & Producer Ali Aitken has been mixing and making beats since age 15 when he sneaked into his first club looking for the perfect beat. He has since produced tracks as Stray Electrix and Zeus Proof and co-founded the indie label Aurality Records. Currently running the Wax Lyrical nights in bars across the capital and beyond, he is a self-confessed vinyl junkie, crate digger and obsolete gear hoarder. in Wax lyrical nights he veers towards Electric Soul, Deep Disco, Fusion Funk & Jazzy House, but has brought something new out for Karawane; reaching for beautifully rich afrobeat sounds and bouncing funk & hip hop crossovers to keep the room jumping. Ali is the gear geek of the crew; always ready to set up complex DJ arrangements with gizmos which we analogues don’t fully understand. 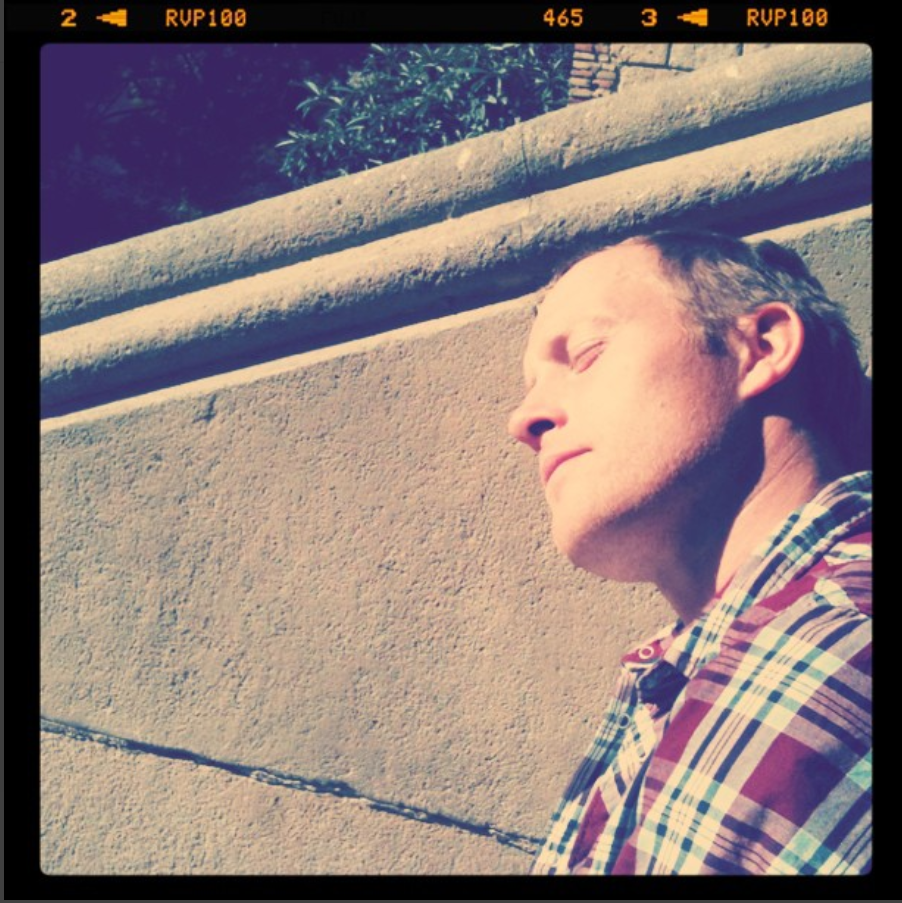 World traveller and part-time highlander, Scott “Skeetz” Walker has been collecting vinyl for 25 years, and has every James Brown release there is. A huge collection of mid 90’s golden era hip hop, right through to a stack of hard-to-find reggae 7’s and funk albums aplenty. He spends half the year navigating the South China seas , and the other half in his hideaway cabin on the Isle of Skye, where he builds miniature soundsystems and disappears into the hills. Skeetz plays 100% vinyl always, and has no interest in ever going digital.  If you’re lucky, you may see him at a Karawane event (as you can see, it’s hard enough to get a photo of him), and get to hear a rare selection of music from an original crate digger. 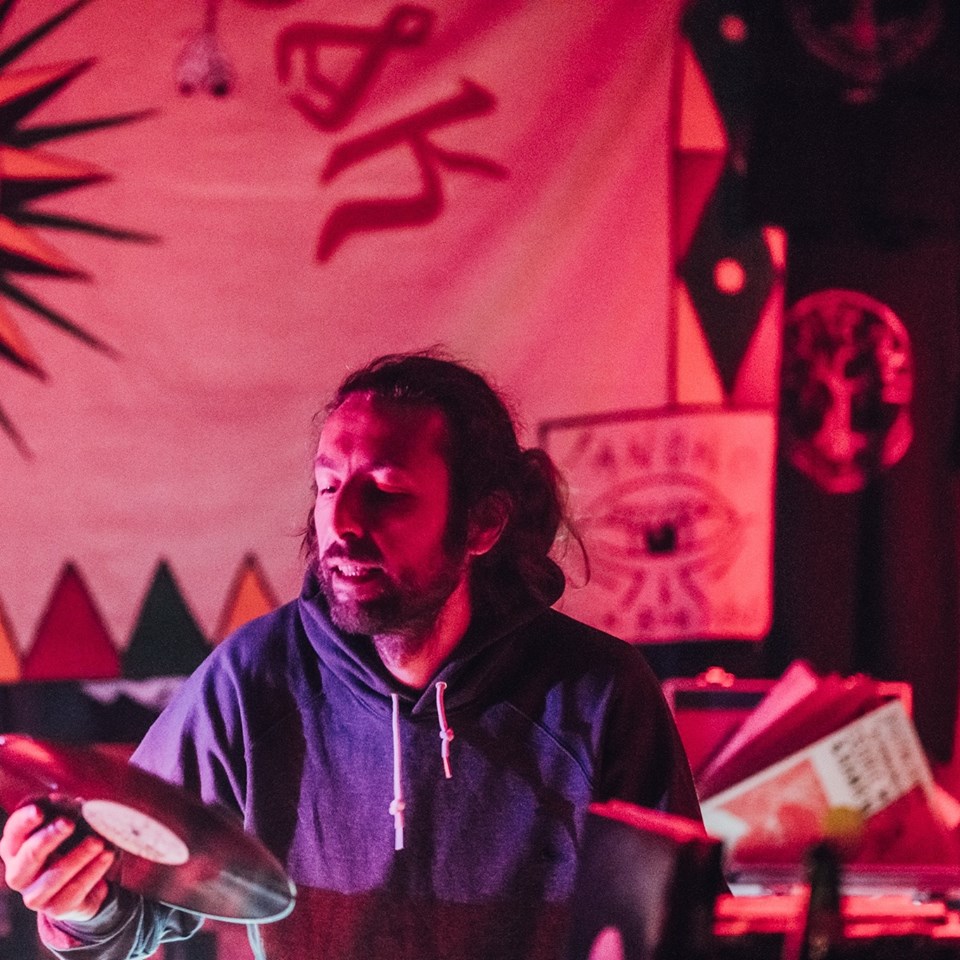 Cedric hails from Lyon, France, and has been in Scotland for 15 years. Owner operator of the Step it Up soundsystem, Cedric brings the roots flavour with a conscious selection. Often to be found in his home studio amidst a twist of cables and stacks of vinyl, Cedric is a music producer and gifted percussionist, he broadens the set for Karawane to a sweeping blend of cumbia, dub and Brasilian music, fused with his own guitar and percussion when he is so inclined. Cedric brings the heavyweight soundsystem for events that require that extra punch; the hand-built speaker stack that can generate enough bass to make you close your eyes and disappear into the spaces between. If you’d like us to bring the soundsystem to your event, please let us know.

I’ve been to a few of your gigs and have had happiness spread throughout my whole being – so needed.

What you are doing is so wonderful. No boundaries, all ages, creeds, persuasions, backgrounds and walks of life. Just the love of music. You can feel acceptance and connection as the evening builds and grows. Lovely experience, great people, the best vibe. Thank you 🙏 truly